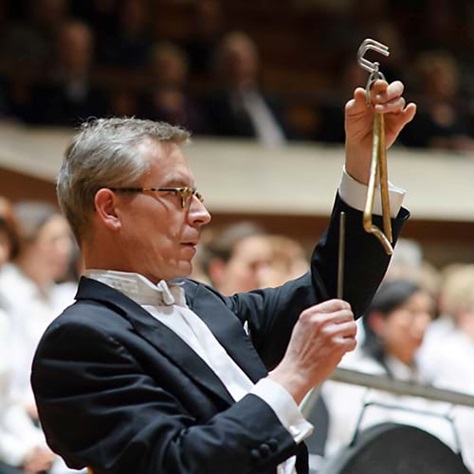 Born in 1966 and raised in Berlin, Thomas Rönnefarth has been playing orchestral percussion as a purely self-taught since the age of  twelve. He gained his first experiences in various school and youth orchestras as well as with the RIAS Tanzorchester under Horst Jankowski.

After graduating from high school in 1984, the love for classical music awakens. He plays in numerous youth and university orchestras, such as the Berlin Sibelius Orchestra, the Schöneberg Symphony Orchestra, the Cappella Academica, the Collegium Musicum, the Junge Sinfonie Berlin and the Sinfonietta 92.

At the same time, he also helps out with other orchestras, such as the Berliner Symphoniker and the Sinfonie Orchester Berlin.

The love for drums persisted during his studies of English/linguistics at the Free University of Berlin, so that he finally decided to found THOMAS RÖNNEFARTH PERCUSSION.